Before this trip, I didn’t realize that spending the day in the region known for selling expensive bubbles to the world could be so profound for an MBA student.

In my mind, the Champagne region of France evoked images of narrow winding country roads leading to vast expanses of vineyards, where people could be found stomping grapes with their feet in huge wooden tanks, cellars with endless barrels holding varieties of champagne at different stages of fermentation and, most importantly, free tasting sessions.

Early one Friday morning, my MBA classmates and I left for Reims and Epernay, an area 140km northeast of Paris. While the aforementioned roads were covered in fog and we didn’t walk through any vineyards (harvest season typically ends in October), what unfolded over the next few hours was incredibly memorable. Our first stop was at the house of Taittinger. Founded in 1734, the estate is still a family owned business. The property looked typically French from the outside, but we soon realized most of the magic occurs 12- to 20-feet below ground, in cellars that were once part of the Abbey of Saint-Nicaise.

The ancient abbey has long since crumbled, but the cellars, made of chalk (a highly absorbent material that provides the humidity and temperature essential to making champagne) remain. They provide a miles-long network of storage space occupied today by the various wine and champagne manufacturers in the region.

Interestingly, it was the abbey’s Benedictine Monks who first started making champagne. In 1239, Theobald I, the Count of Champagne (Comte de Champagne in French), launched a crusade against Palestine and brought back the Chardonnay grape. It is this grape (along with Pinot Noir and Pinot Meunier), which is the key ingredient of any champagne.

The Comte de Champagne had once lived on what is now the Taittinger Estate, so it is no surprise that their best champagne is named after him.

In the cellar, rows and rows of champagne bottles lay side-by-side completing the fermentation process. The minimum fermentation period required  is 15 months for a non-vintage champagne, and 3 years to earn the vintage label.

We also learned a simple trick to differentiate a vintage from a non-vintage–the year of the harvest for a vintage is always mentioned on the label.

There are a few other determinants of a good champagne. One is, the Cru (or the land) it comes from. There are various regions in the Champagne area with different varieties of soil. These are divided into three types of quality: Grand Cru, Premier Cru and Cru (which is rarely mentioned). Second is the sugar content in the champagne, which may be natural or added through a process called “dosage”. We were in the middle of a question-and-answer session with Claire Sarazin, Taittinger’s Director of Communications, when the President of the luxury house himself, Pierre-Emmanuel Taittinger, walked by surrounded by photographers (probably getting ready for an interview). Claire offered to see if he could meet with us, and to our surprise, he agreed.

I never expected to be so warmly welcomed by someone who must be so incredibly busy. He took the time to chat with each of us about our home countries and to recommend that we visit the Notre Dame Cathedral in Reims. In the end, he thanked us for coming despite the cold weather and offered us to try the estate’s best bottle, the Comte of Champagne.

Though Mr. Taittinger had nothing to gain from us, he gave us his undivided attention. His interaction was personal with each of us, and he offered to answer any questions we might have. Coming from a man running a luxury house, this generosity left a lasting impression on me. When we asked Claire why the most expensive Taittinger Comte de Champagne costs only 120 Euros when they could charge so much more, she told us that it was Pierre-Emmanuel’s vision to keep the champagne accessible to most people for celebrating their special moments, which is why they haven’t substantially increased the price in years.

A group of satisfied students

This whole experience, juxtaposed against the principles I was being taught in my Economics and Marketing classes, was a marvel. Day in and day out in class, we were drawing demand and supply curves which met at a point where the suppliers will charge what the consumer is willing to pay. Principles of macroeconomics say that firms are supposed to be profit maximizers.

The world of luxury defies most of the fundamentals of marketing and economics. Supply is often constrained on purpose to maintain an aura of exclusivity to set Luxury products apart. Pricing is not based on cost plus methods, by competition benchmarking or even according to what the consumer might be willing to pay.

What Pierre-Emmanuel was trying to do was stunningly confounding. He had a luxury brand, which was constrained by supply only in terms of the grapes that Champagne region could grow each year. If he wanted to, he could charge at least twice or thrice as much for his best Champagne, but he refused to do it. He did not want his brand to be overly exclusive. Heading a family run business certainly gave him the liberty to take these calls without having to answer to shareholders or the board. Which makes me wonder why aren’t more firms privately held? While I hold off these questions for later semesters, Pierre-Emmanuel definitely left my friends and I with some food for thought.

I may not have cared much for champagne before, but after this Trek, I can order a champagne much more confidently, and I also have a favorite! 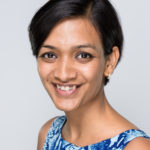 Niharika Agrawal graduated with a degree in Mechanical Engineering from IET, Indore in 2011, then earned an MBA from FMS, Delhi in 2014, majoring in marketing, strategy and operations. She joined GSK Consumer in their Future Leaders Program upon graduation. She worked in various sales and marketing roles with GSK for 3.5 years before coming to the HEC Paris MBA with the goal of increasing her scope to Europe. She enjoys travelling, is a PADI certified SCUBA diver and was also selected as a pilot for the Indian Air Force.