Renato Castaneda has always been highly motivated, frequently setting goals for himself in order to achieve. “When I was about 8 years old, I was the last in my class in swimming,” he says. “But I really wanted to become a good swimmer. Within a year I was winning competitions for the school.” This drive has clearly stayed with him – when he graduates in June, he will have a total of 4 degrees (including one that he earned during the HEC Paris MBA’s double-degree program with Northwestern University) and an incredibly competitive job as a London-based Mergers & Acquisitions Tax Consultant Manager at Deloitte.

Renato started working in a Big Four accounting firm while still completing his undergraduate degree, eventually becoming the Latin American regional manager in tax matters at a large corporation in Mexico City. At 34 years old and with 12 years of work experience, he sees himself as one of the more mature students in the program and someone younger students look to for advice.

What influenced your decision to do an MBA at HEC Paris?

In general, I wanted to become more of a well-rounded professional. I am also an oenophile – a wine lover – and nowhere is better than France to explore this passion. As a result of this desire to learn more about the industry, I became president of the HEC Paris MBA’s Wine and Spirits Club.

What was your vision for the club?

My main goal was to build stronger connections between the club and leading wine and spirits companies. To that end, we organized a conference discussing careers in the industry with Florian Gansloser, a global portfolio manager from Pernod Ricard; HEC professor Aurélie Labruyère, who specializes in marketing in the Luxury and Wine industry; and HEC Alumni Aurélien Valance, who is the deputy managing director of Château Margaux, one of France’s oldest and most prestigious wineries. 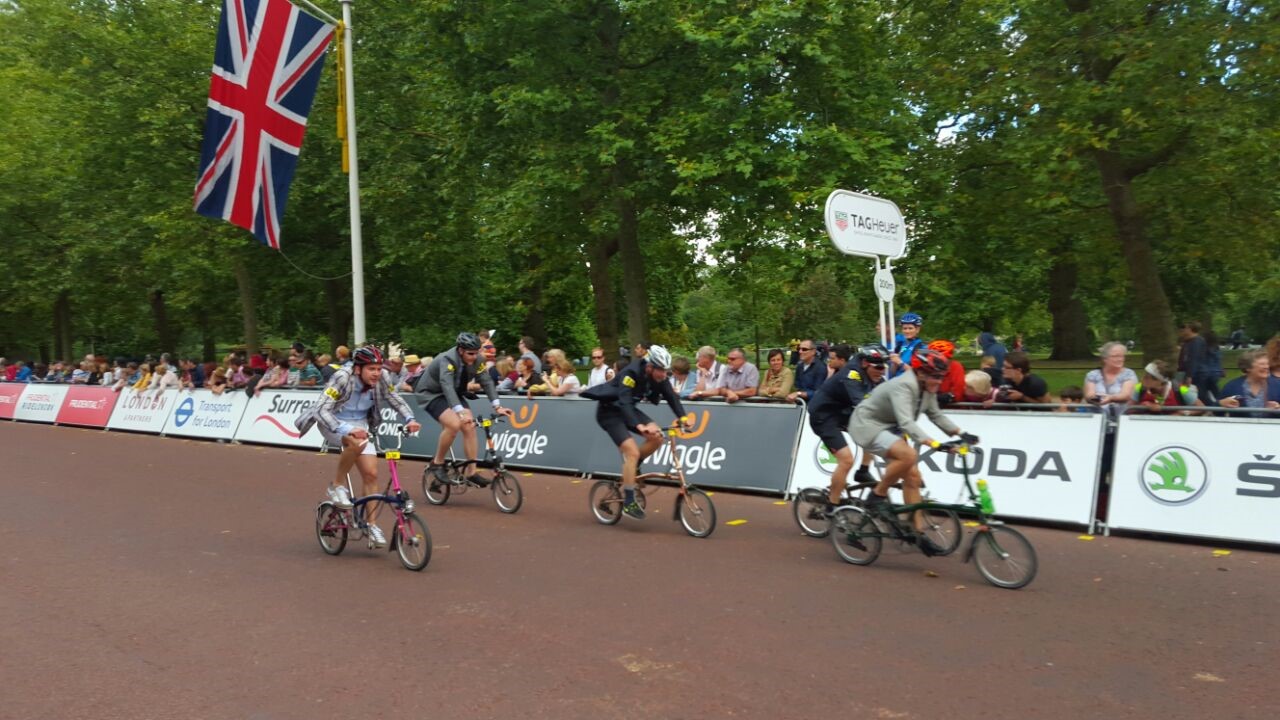 Renato (left) races in the Brompton World Championship in London

Was there anything about the MBA program that you didn’t anticipate?

I hadn’t expected how much the MBA would make me question my career goals. Pre-MBA I thought that I would aim for a job in a technology company – for the first couple of months I was shaping my CV to that industry. But as I attended a series of soft-skills workshops run by the Career Center, I realized that technology wasn’t what motivated me. On the other hand, I have always been passionate about the wine industry. I remember in high school I wanted to move to California some day and work for a winery, so I spent some time exploring my career options in that industry. In the end, I chose consultancy in mergers & acquisitions working for Deloitte! One of my pre-MBA ideas was to go back into M&A, and when such a great opportunity presented itself, I realized that I should go for it.

The fact that I changed my mind a few times just shows how much the MBA makes you broaden your horizons to all possibilities, and how many opportunities present themselves.

Did you have time for outside-of-school activities during your MBA?

I continued cycling. My love affair with the sport began when I moved to London 9 years ago. I saw people riding their Brompton bikes, and I really felt like I was missing out – so in typical “me” fashion I eventually bought one, and practically didn’t put it down for the whole time I was in London. In fact, I even took part in the Brompton World Championship in 2015 in London. I was the only Mexican to partake, so in a way I felt like I was representing my country. Of course I needed to do as well as I could!

I decided against bringing my bike to HEC, instead deciding to cycle as much as possible by renting city bikes in central Paris during the weekends. I love urban cycling, so this suited me perfectly.

What was the best surprise for you about the program?

The best surprise for me was that I built such strong connections with my classmates in such a short amount of time. Most of my batch lived on campus, myself included, and it was like a big, big family. I’ve found that every cultural group is eager to show aspects of their home country to the entire HEC community, and we really bonded through the organization and preparation of different events.

Do you have a favorite part of the MBA program?

I loved being able to live on a beautiful campus. It’s convenient for going to early morning classes, and with group projects you have all the resources right at hand.