During a recent quick-fire Q&A session on French radio, Sébastien Bazin, CEO of hospitality behemoth the Accor Group, fielded a future-facing question from a 23-year-old hospitality student understandably concerned about the current state of affairs:

“I’m worried. Worried about my friends, my colleagues, and my comrades with whom I’ve worked. Should I leave the profession? Should my friends?” 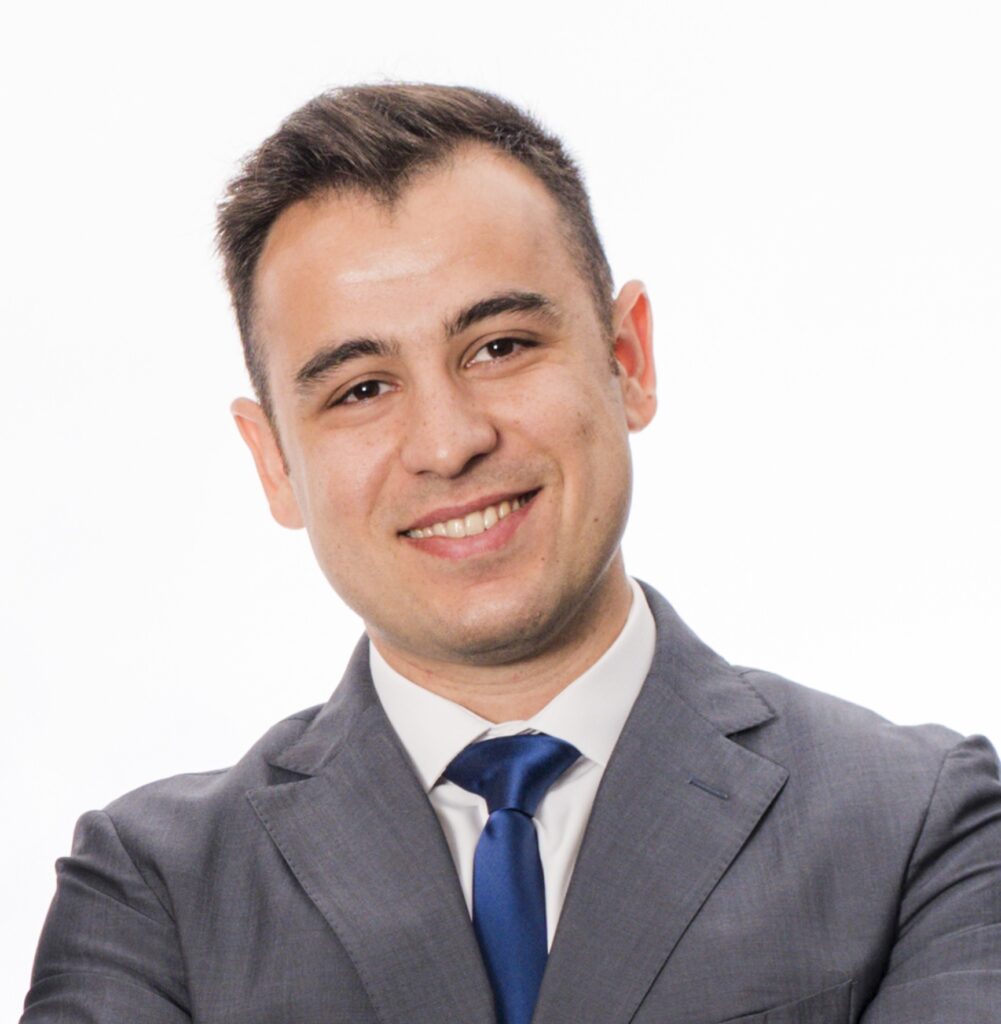 Before the HEC Paris MBA, Feras Hasbini was the Hilton Group’s MENA Development Director, leading the group’s expansion into the Middle East and North Africa

Bazin, whose appearance boiled down to a candid assessment of his firm’s and the industry’s efforts to weather the coronavirus, had been speaking frequently about the idea of reinvention. “A company like ours has to know how to pivot like a digital startup,” he said of his 39-brand corporation at one point during the conversation. “We will have to reinvent ourselves.”

His response for the worried student stayed true to this refrain.

“Don’t quit. Things are going to restart and to rebound; I just don’t know when exactly. Keep going and keep learning.”

The two HEC Paris MBA students, Feras Hasbini and Cecilia Bouri, could very well be the poster children for Bazin’s advice.  Both Lebanese nationals cut their teeth by learning every aspect of hospitality on the job; both then distinguished themselves as the new generation of high-flying hospitality chameleons; both are thriving in their new element at HEC Paris, hitting the books and taking the MBA plunge in the midst of roiling uncertainty.

“It’s a scary time for sure,” Feras says. “But I think that hospitality will definitely bounce back. Times of crisis are the times when it’s best to be studying. It’s the best thing to be spending time on yourself right now.”

The Ecole Hoteliere de Lausanne-educated Feras burst onto the scene at the Hilton Group, having been appointed to help with the firm’s push to expand in the Middle East and North Africa as Development Director for the MENA region. He says the secret to his early success was putting his training to work by straddling the gap between professional worlds. “I was a connector. My role was to be the person who connects an architect, a finance guy, a lawyer, and an external investor. My job was to make them all understand each other.”

To do so is no easy feat; helping them all understand each other requires a sharp edge honed by years of training to avoid “a potential cesspool of misunderstandings and different points of view,” as he put it.

After overseeing five busy years of fruitful growth with Hilton, Feras found himself itching for growth beyond the shores of the MENA region. “I reached a point where I wanted a shift. My trajectory was leading me toward Europe. I needed more European experience.” That, coupled with that natural ease in speaking the language of several professions, attracted him to HEC Paris. “A lot of programs specialize in creating specific personas: finance, management, etcetera. What I liked about HEC was there was no specific persona. When I interviewed, I met professionals from so many different backgrounds, which I really loved.”

It’s a similar story for Cecilia, whose heart was set on a career in the hospitality industry after winning a national cooking competition in her native Lebanon. She then blazed a trail through a two-year stint at InterContinental’s Future Leaders Program in Bucharest and Paris before setting her sights on an MBA. 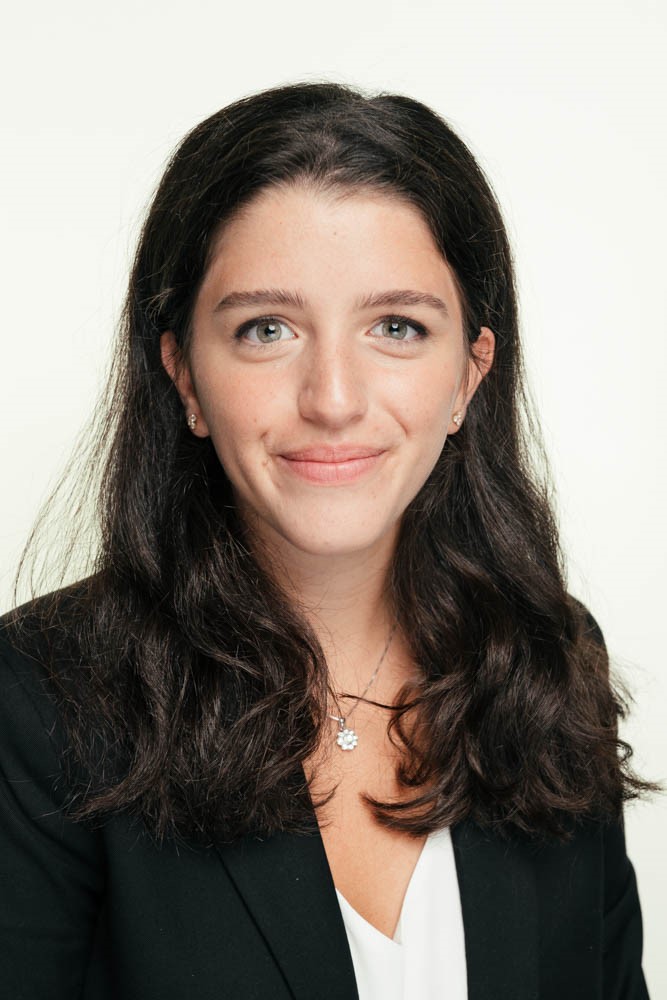 Cecilia’s focus and drive for the HEC Paris MBA was apparent from the outset, but she wanted advice; enter Feras. Her compatriot’s candor on the HEC landscape bolstered her determination. “I wanted to talk with someone with a familiar background: to help reorient my career, too. Feras was very positive and structured. I saw myself, in a way, in his experience.”

“It was HEC or nothing for me,” she says. “And now is the perfect time to do an MBA. Business is down due to Covid-19; it’s time to learn new skills that will provide an added value post-corona and post-MBA.”

Still, in order to achieve her long-term goal of opening a boutique Food & Beverage consultancy, she knows she’ll need to be equipped with the kinds of tools an MBA can offer, which, she’s found, boils down to “pushing you to think. The MBA is changing how I approach everything I do, and the mindset that I have.”

Cecilia has made it a point to take advantage of every shred of her MBA experience to fill in the gaps in her knowledge. “Leadership skills,” she quips when asked for the greatest value added. “Career advice, the Consulting Club, the Women in Leadership Club. The MBA is exceeding my expectations. I never thought it would be so interesting and that I’d learn how to organize myself in order to do 201 things at the same time.”

The skills that she and Feras have gained from their MBA experiences — in concert with their hospitality backgrounds — will more likely than not coalesce into a potent managerial concoction, whether in hospitality or in any other industry driven by relationships.

“I’ve started to consider everything a business opportunity,” Cecilia says. “I do a SWOT [Strengths, Weaknesses, Opportunities, and Threats] Analysis on everything I see.”

Given how capable they very clearly are, it may come as a surprise that more hospitality professionals don’t flock to an MBA degree. Feras chalks this up to simple misunderstanding.

“People don’t understand the value [hospitality backgrounds] bring to companies,” he says. “Maybe even among ourselves we’re not aware of how much we can help businesses. The hospitality student is talented at greasing the gears between people. If you put an engineer and a salesperson together, it’s not always a great match, but the hospitality student can make that link because it’s in their DNA to make people connect with each together”

Ultimately, Feras believes that the fate of Bazin’s beleaguered industry will rest on the bedrock of how we interact.

“At the end of the day, human contact is vitally important,” he remarks with bullish resolve. “I think hospitality will bounce back.”